I was off sick this week but started to feel better on the weekend, so I ended up sketching this guy for fun. I had the idea of working on a vampire, I was inspired by the costumes from the new Aladdin remake? Which lead me to research into Persian and Ottoman-empire fashions, although I put into it a twist by looking at theatre production costumes, such as for Hamlet. I aimed to make the shape of his kaftan resemble his parasol, which I designed as a signature prop. I hope it's alright to use such a eurocentric term in the title, I felt the fantasy connotations were strong haha. 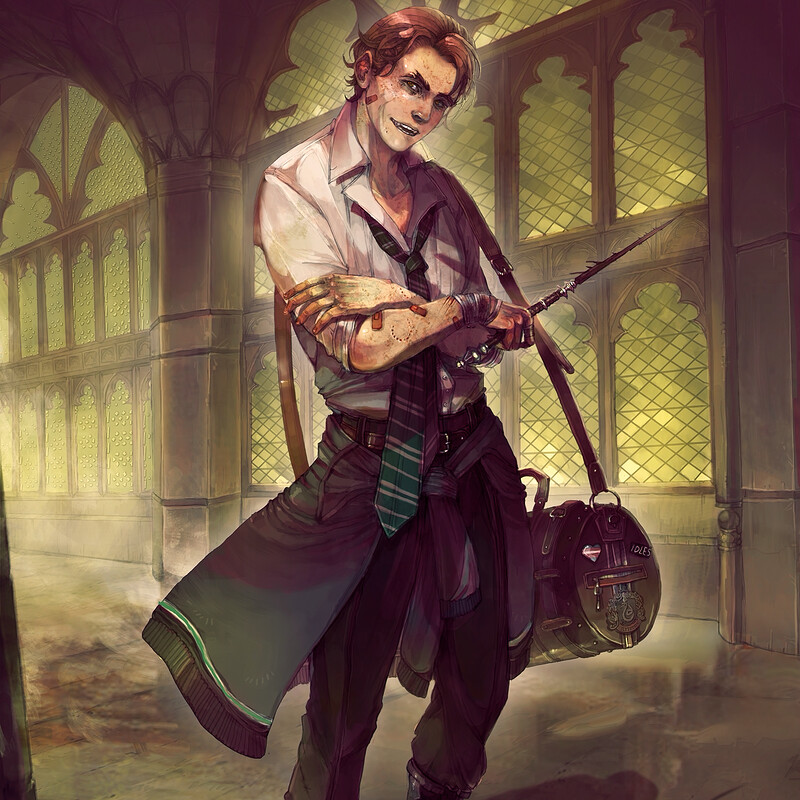 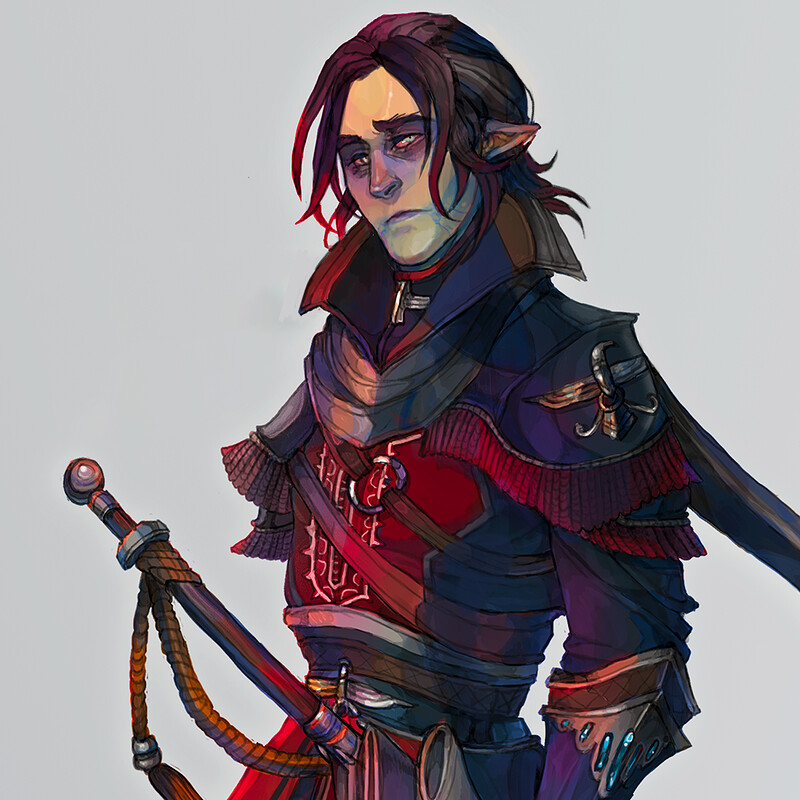 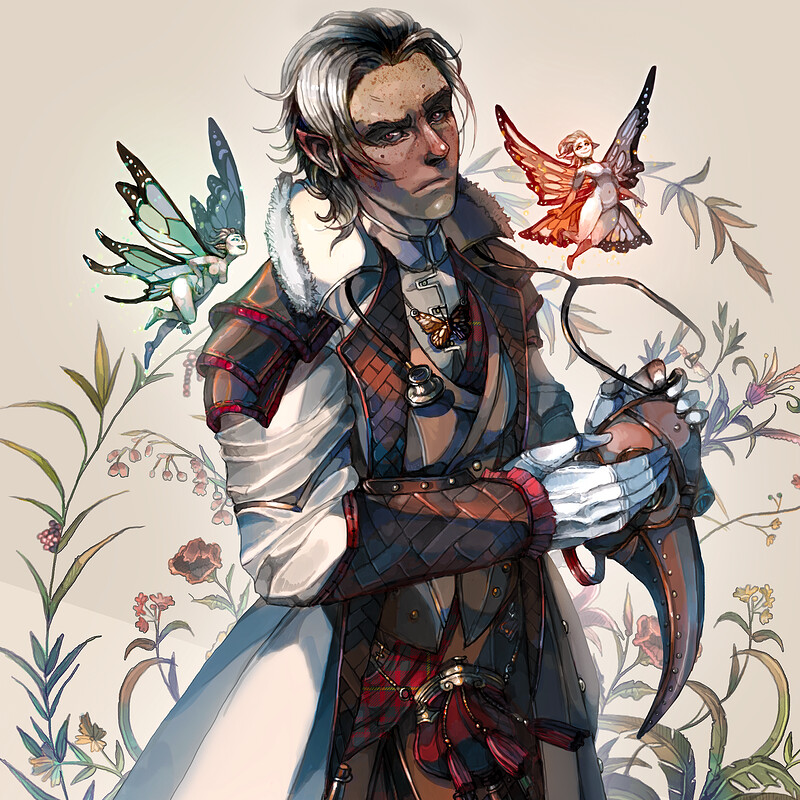